Here at Ice Moon Prison we have strong opinions about what constitutes a fantasy novel.  One aspect that is non-negotiable is that it has to have a map.  So we were disappointed while rereading Stephen Donaldson’s Mordant’s Need that it does not ship with a map.  This omission is peculiar, because clearly the author had a map while he was writing the story: there are many often quite detailed descriptions of the land’s geography. So we set ourselves the task of annotating every geographic statement in the novel.

As it happens, the geography in Mordant’s Need is internally consistent, and it’s possible to produce a map that satisfies the constraints stated in the book. Here is one such map. 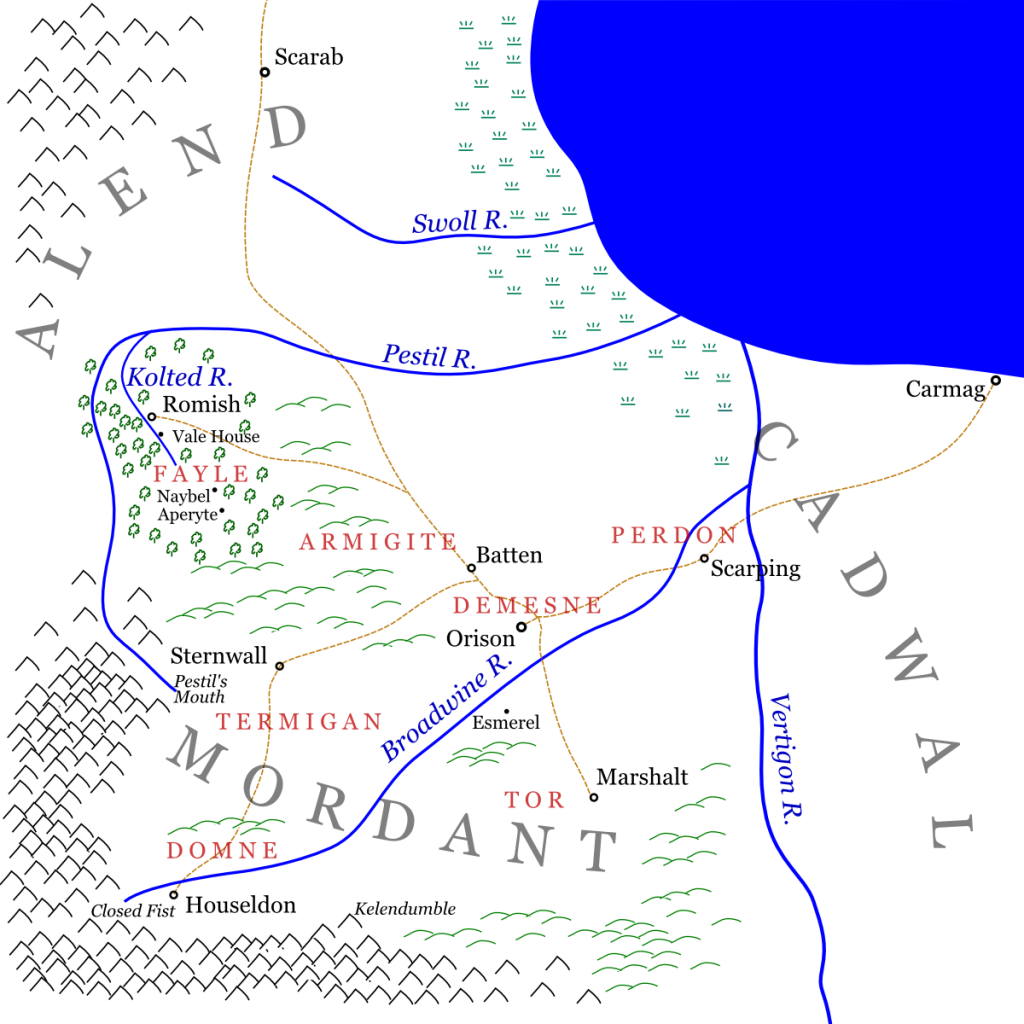